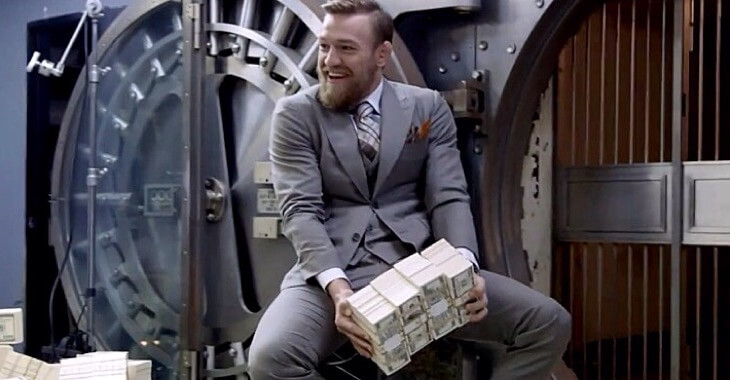 While the majority of Conor McGregor’s paycheck depends mainly on PPV  buy rates (numbers that won’t be reported by UFC officials for several weeks), even the most modest PPV estimates for UFC 194 put the McGregor’s per-second earnings well ahead of the most generous estimates for Ronda Rousey’s record-setting win at UFC 190 against Bethe Correia.

In that bout, the former UFC women’s bantamweight champion needed just 34 seconds to defeat title challenger Correia. With Rousey getting a percentage share of the 900,000 PPV buys, in addition to $230,000 in fight and sponsor pay, her total earnings were reported as high as $5 million. Using that model, Rousey made almost $200,000 per second.

McGregor’s contract allows him a cut of the PPV, a reported $3-$5 for each purchase.

With all the estimates and possibilities with McGregor’s earnings from UFC 194,  “Mystic Mac” will no doubt crush Rousey’s UFC 190 and 193 numbers.  Until we see the final PPV stats, we can only “guesstimate” how much more that will be.