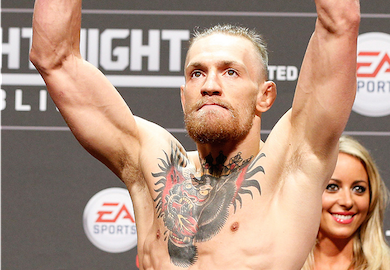 “I personally have a vision of myself as the world champion by the end of the year. And I’ve heard Dana say ‘he won’t be world champion by the end of the year,’ but who knows?” McGregor said at the post-fight press conference. “I had a clear vision, like I had this vision that I was going to bring these [fight cards] back here when I first got the opportunity. Like I got the vision at UFC 93, I was going to be the guy to get in there and deal with. The same vision I had then, I have now. Who knows what can happen? Injuries happen in this game, and all I know is I stay ready. I’m looking to get as quick a turnaround as possible and climb that division, one by one. I will eliminate the whole division. When I am finished, there will be nobody left.”