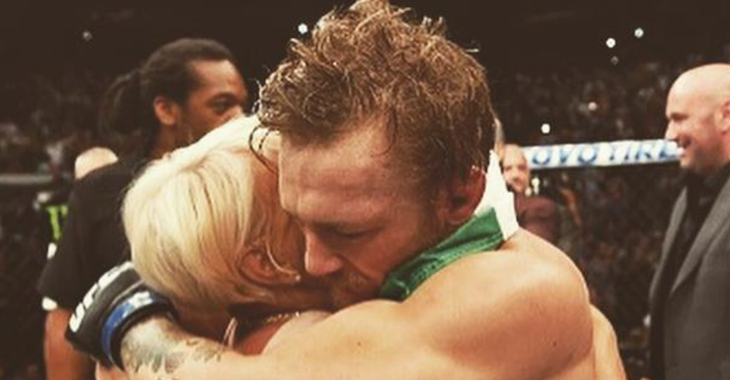 The new UFC interim featherweight champion Conor McGregor had to be feeling some amount of pressure going into his bout with Chad Mendes. He’d done so much media and trash talk and hyped himself up so much that if he lost things could have gone really bad.

Fortunately he won and it was all worth it. The interim champ has been enjoying his win and his time out of the limelight, but did share this picture on social media.

I done it Ma 🙂 pic.twitter.com/n0AKbuStQW

Mama Mack must be proud!