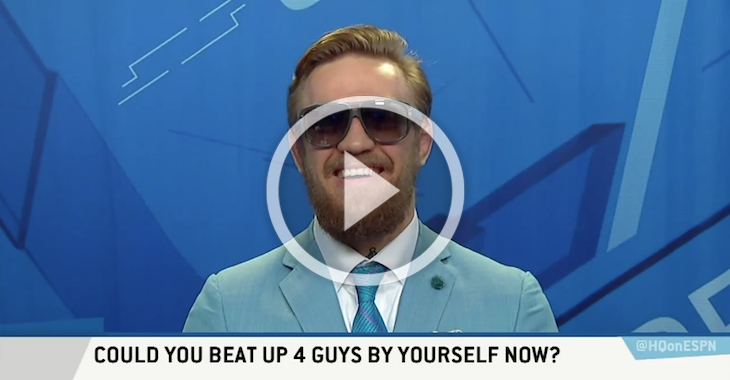 Conor McGregor, Notorious, Mystic Mac, ect. Whatever you want to call him, people will know who you’re talking about.

The Irishmen has blown up and with only a handful of fights in the UFC, has worked his way up into a title shot. That’s not to say he isn’t deserving, but his antics and talking have done a lot to propel his career at warp speed.

In a recent interview on ESPN’s Highly Questionable, McGregor explained to the hosts just how he would take out four people at once if he was ever put in the situation.