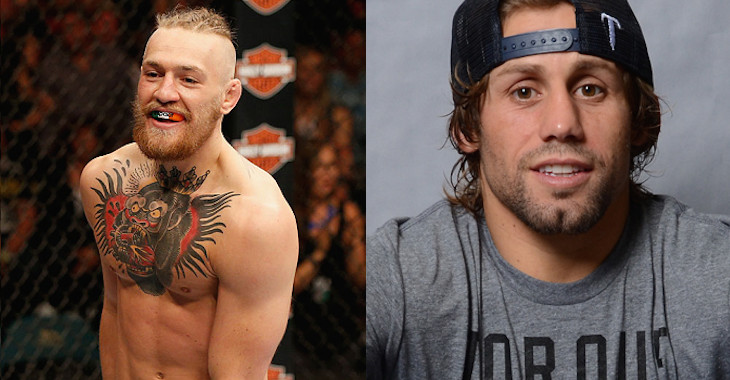 As the 21st season of “The Ultimate Fighter” reaches its end, UFC announced the coaches for the next season of the reality show.

Conor McGregor and Urijah Faber will be the coaches of the 22nd season of “The Ultimate Fighter”. Faber and McGregor will not be fighting at the end of the season; They are only on board to coach across each other throughout the season.

This past season of “The Ultimate Fighter” saw a unique spin to the show when they pit two rival gyms against each other for the grand prize of $500,000. While some of the fights were lackluster, owners Dan Lambert and Glenn Robinson being at each other’s throats was certainly entertaining.

Who do you have winning the competition? Conor McGregor or Urijah Faber?