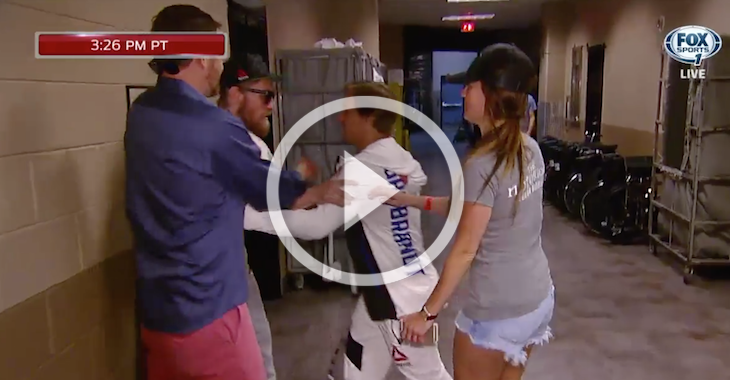 Things got a little physical between Team Alpha Male’s Urijah Faber and Conor McGregor before the UFC 189 weigh-ins.

FOX Sports caught footage of them running into each other. It looked friendly at first, then McGregor touched Faber’s head and the two grabbed each other. Two onlookers separated the two before anything else happened.