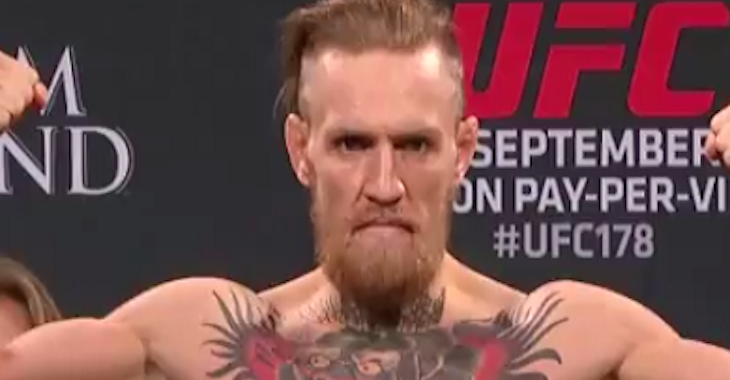 The UFC announced that Jose Aldo is still planning on fighting at UFC 189, but has secured Chad Mendes to be on standby just in case.

According to John Kavanagh, McGregor’ coach, it really doesn’t matter who steps into the octagon with the Irishmen come fight night.

Kavanagh wrote about the whole situation in a blog on The 42.

For most people, switching between two different types of opponent like that would be an absolute nightmare. But it would be hypocritical of us to complain about that and allow it to have an impact, so we’re staying true to our regular philosophy when it comes to opponents. And I believe Conor will end up fighting both of these guys at some point anyway, so what difference does it make?

Ultimately, a man with two arms and two legs will be standing across the octagon from Conor on 11 July. Whether that man’s name is Jose or Chad, nothing changes for us. I’m confident that Conor has the solution to both problems. At this level of mixed martial arts, I believe a fighter should be ready for any opponent at the drop of a hat.

It was UFC president Dana White who called me and asked how we felt about Chad Mendes stepping in to fight Conor for the belt. Conor was sleeping at the time so I walked into his room and told him it could be Mendes instead. He opened one eye, said ‘They’re all the same’ and then went back to sleep. That’s as far as any negotiation went.