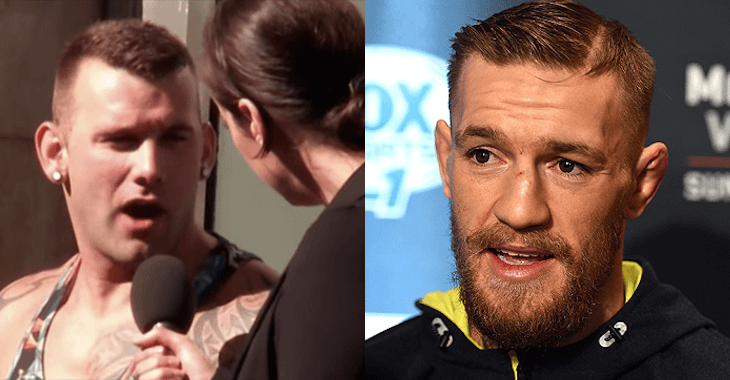 It’s good to be Conor McGregor. The UFC Interim Featherweight Champion’s stock rose tenfold when he took home the strap at “UFC 189” after knocking Chad Mendes out in under ten minutes. If you think he is a mega-star in America, the man is a pop-culture icon in Ireland!

McGregor claims the streets shut down when he fights; The man could soon be approaching Wayne Gretzky levels of popularity in Canada. A prank show decided to capitalize on his popularity and make a fan think he was being put on the spot to imitate McGregor for a radio interview, which was actually fake. Check out the hilarious video below!

Of course, his trash talking skills paled in comparison to “The Notorious”, but he did a decent enough job. Fans will get to hear new McGregor soundbites when his fight with Jose Aldo at UFC 194 in December approaches. Who do you have winning the gold in that one? Share your thoughts in the comment section below!