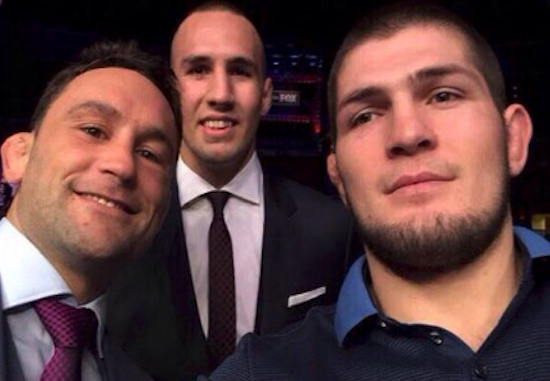 In this selfie taken by top ranked UFC Lightweight Khabib Nurmagomedov, we see three of the UFC’s top contenders, that are all poised for title shots in the new year. Frankie Edgar at featherweight, Rory MacDonald at welterweight, and Khabib Nurmagomedov at lightweight.