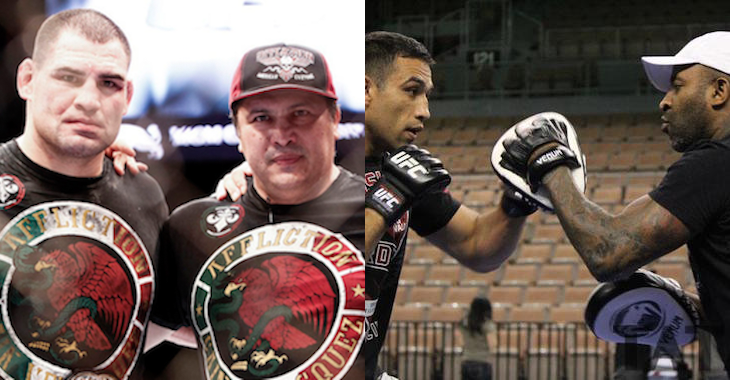 “Velasquez’s coach usually doesn’t talk too much, I don’t see him talking before the fights, and you can see that his athlete isn’t well. Cain hasn’t fought in two years, so he wants to put him back up by talking. If he really is the champion’s coach, he doesn’t need to talk. If he wants, book a fight between him and Rafael Cordeiro. If he really wants to talk, fight my master Rafael. I believe the fight would end with [Cordeiro] landing a front kick in his body. Rafael usually does that. The fight would be over with [Mendez] going down. Knockout, kick in the stomach.”

Cain Velasquez’s coach Javier Mendez has been backing his fighter up by saying that he thinks Velasquez is going to give Werdum one of the worst beatings of his life. Fabricio Werdum caught wind of this and was none too pleased. Now, he wants HIS coach Rafael Cordeiro to duke it out with Javier Mendez!

Werdum told MMAFighting that he thinks Cordeiro would take Mendez down with a front kick to the body!