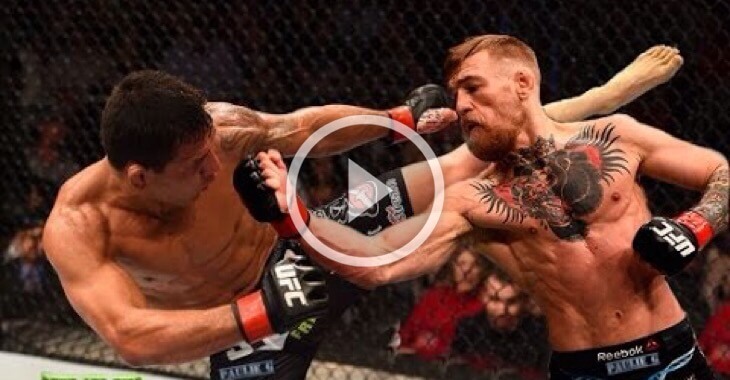 Rafael dos Anjos and his team at Kings MMA have seen what Conor McGregor is capable of when it comes to “mental warfare” outside of the octagon.

Head coach Rafael Cordeiro explains to a combate reporter that the title fight against Jose Aldo had little to no effect on the former champs performance at UFC 194.

“I do not think Conor got into Aldo’s head,” said Cordeiro. “He has a lot of experience, he has fought the biggest guys in the world. Everyone who fights in the UFC is very cold, there are 600 athletes who are ready for anyone. I don’t think this psychological business is what happened with Jose Aldo”.

This could be a simple case of trying to defuse and momentum that the FW champ may gain prior to the fight, however, we all know how much of the mental aspect comes into play when dealing with McGregor.

“For our part, he can say whatever he wants,” added Cordeiro. “We will not be drawn into the atmosphere that McGregor likes to create. None of this shakes us, we are accustomed to winning. You can say what you want, when you close the octagon there will be only two. It’s our fight, not his fight. Inside and not outside the octagon. If Rafa was competing with him for president, he would win the debate, but it’s a fight, so I’m more relaxed”.

Should AKA head coach be at ease against The Nototious one?