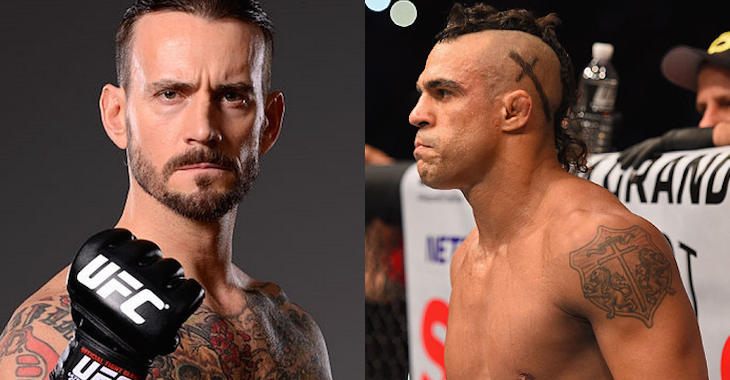 After Phil “CM Punk” Brooks makes his highly anticipated UFC debut, the former WWE Superstar will have a laundry list of people to thank for preparing him for the fight and it’s safe to say the big man upstairs won’t be one of them.

Brooks was recently asked what he thinks about fighters who thank God after their victories. “I’m a free speech guy,” Brooks told MMA Heat. “I think anybody can say whatever they want, you know? That being said, if there is a God, I think he’s got better things to do than worry about what somebody’s doing for fifteen minutes in a cage.”

Brooks went on to explain the he believes the fighters should give credit where it is due, and finds it odd when fighters thank God over their coaches. “I’d like to see people thank their coaches more than Jesus, you know what I mean? I think their coaches probably helped them win. I just think it’s a weird thing to do.”

“CM Punk” signed with the UFC in December of 2014 without a single fight to his name. While fans are clamoring for details surrounding his first fight, Brooks is leaving the fate of his debut in the hands of his coach Duke Roufus. “I don’t ask my coaches, ‘How did I do today? Am I ready?” he explained. “They say, ‘Come back at 7’ and I come back at 7. They tell me to mop, I mop. They tell me to sweep, I sweep. If they tell me to work the mitts or come in and work extra, I do it.”