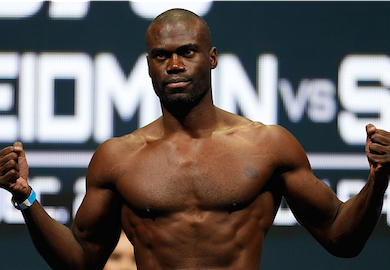 Uriah Hall was bullied as a child and it got pretty bad for the UFC middleweight.

It’s hard to believe that one of the UFC’s most skilled strikers could have been pushed by bullies to the point of suicide, but in a recent interview with FOX Sports, Hall expressed just that.

It kind of makes sense though. For one, he credits the bullying for learning Martial Arts in the first place. And two, as history has shown us, he is a super nice guy who doesn’t take any pleasure in hurting his opponents.

“The bullying just got to a point where it’s like, I gotta wake up tomorrow and look forward to this again?” said Hall. “I don’t want to deal with this s—.”

Hall discussed an incident in which he was forced to flee a bus, bleeding.

“I got off the bus and I was about to kill this guy,” said Hall. “I was going to get a gun, get a knife and stab this dude.”

His youth influences Hall still. When he learned karate, he didn’t want to hurt teammates.