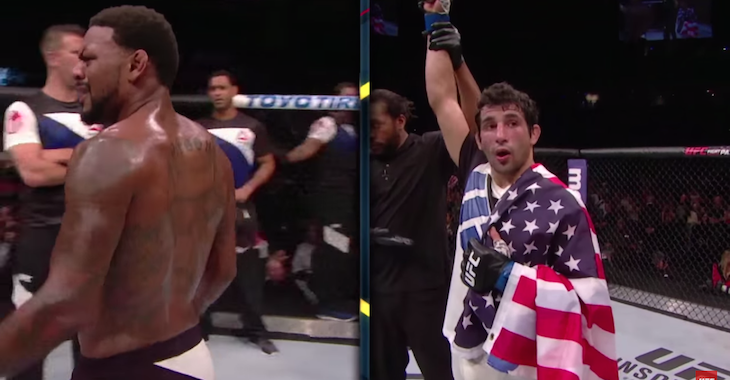 Beneil Dariush and Michael Johnson fought the full fifteen minutes and left the fate of their fight in the hands of the judges… something no fighter should ever do. While neither man actively tried to finish the fight, the fans in attendance (and even Dana White) made it clear that they thought Johnson was screwed of the win when Dariush’s hand was raised. Doug Bertrand and Doug Crosby gave Dariush the second and third rounds while Sal D’Amato gave Johnson rounds one and two. Who do you think should have walked out of the octagon with their hands raised? Share your thoughts in the comment section below!