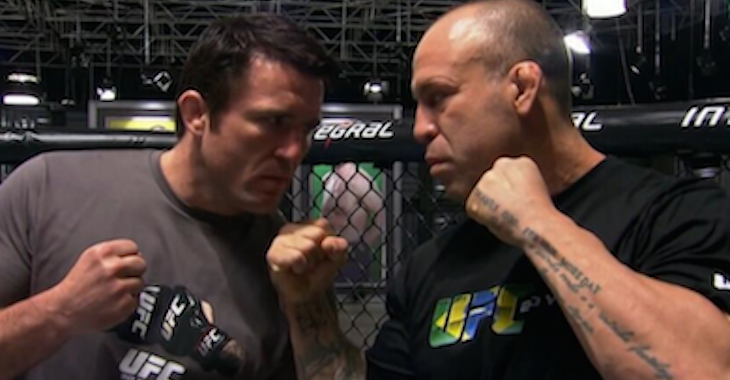 Will this ever die? It seems like the answer to that question is a no. Check out Chael Sonnen’s reply to Vinny Magalhaes concerning a possible grappling match between himself and Wanderlei. It appears that the two had a run-in of some sorts.

@sonnench I'll be here for a month coaching some MMA fighters. These guys actually wanted to set up you vs Wand in a grappling match.