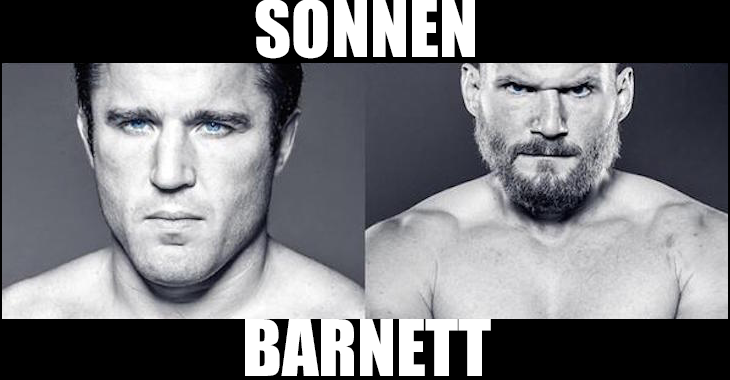 Josh Barnett walked out of “Metamoris 6″ with another submission victory under his belt as he made Ryron Gracie tap to a toe-hold. Barnett retained his heavyweight championship, and Chael Sonnen wants to be next in line for a shot at the gold.

Even though Chael Sonnen and Renato Sobral grappled to a time-limit draw, Sonnen maintained top control for the majority of the bout. Sonnen didn’t pass “Babalu’s” guard and didn’t try to finish the bout, but he defended every hold Sobral tried to slap on. It was a grueling twenty minute bout and Sonnen feels his performance earned himself a bout with the champ.

Sonnen hinted toward a possible match with Barnett in a recent Tweet:

After he posted the tweet, Sonnen stated on Facebook, “Barnett challenged, the BAD GUY accepts.” Is this a match you’d like to see headline the next Metamoris card?