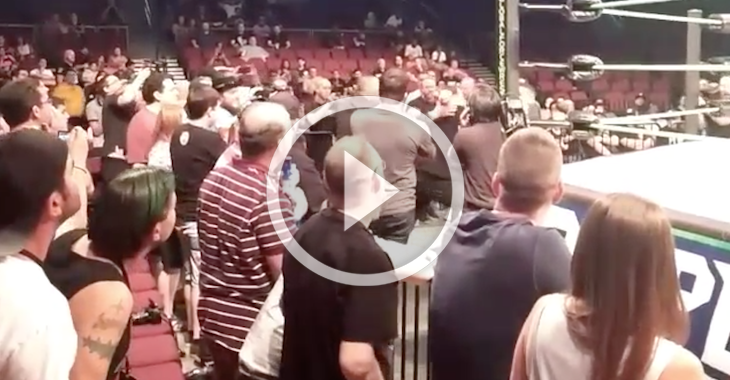 Chael Sonnen and Phil Baroni are out of the UFC, but that doesn’t mean they can’t throw down against each other.

Sonnen is of course working the mic and it sounds like he’s going off on Baroni, who’s in the crowd. Then we see Baroni jump out of the crowd and start making his way towards Sonnen.