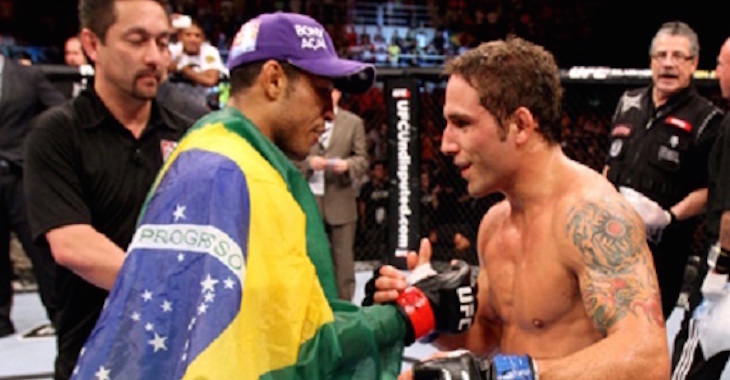 After finishing Ricardo Lamas at UFC Fight Night 63 on Saturday, the two-time featherweight title challenger Chad Mendes says that the only fight that makes sense to him for his next fight is another title shot.

Mendes has lost twice to Jose Aldo, with the most recent endeavor going five rounds and leading to a close decision loss. Check out what the Team Alpha Male fighter had to say at the post-fight press conference.

“I’ve been trying to figure out who I would fight after this, if I were to go out there and beat Ricardo. The only thing that makes sense in my mind is back for that title. We’ve just got to wait to see what happens with Aldo-McGregor and Frankie-Faber. So we’ll see.

“I’m kind of just in a weird spot right now.”