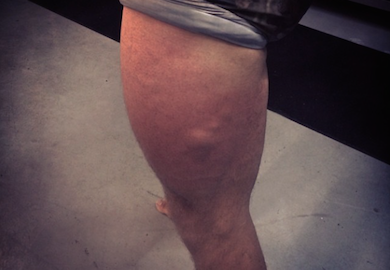 One of Jose Aldo’s most feared weapons is his low kicks.

Chad Mendes will be ready, or at least he’s preparing to be.

The two fighters will square off in August in the UFC 176 main event.