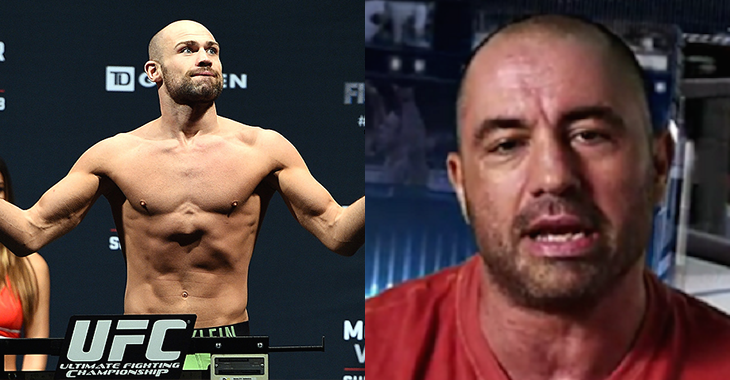 Cathal Pendred has, for some reason, become one of the most criticized fighters in the mixed martial arts community. The finger-pointing began after his bout with Sean Spencer at UFC Fight Night 59 in January when the fight’s pace slowed down severely in the final round.

Unbeknownst to Pendred, UFC commentator Joe Rogan was talking about how fatigue was becoming a factor in the bout and it was hindering Pendred’s performance. After listening to Rogan’s commentary, Pendred became irate and thinks his opinion has something to do with his sudden drop in popularity.

“I stayed on in America for a further 10 days after the fight, and it wasn’t until I went home that I actually got to watch the fight and the commentary,” Pendred told MMAJunkie. “I felt hard done by because for the 15 minutes of the fight, my technique and style was critiqued while my opponent was spoken highly of.

Pendred relied on takedowns toward the end of the round to secure the unanimous decision victory. Their bout was aired on Fox Sports 1 and was criticized on social media, but Pendred doesn’t feel like the performance was his fault. He believes Spencer was doing nothing, but Rogan’s negative feedback followed him throughout his career.

“Particularly when there’s someone talking about every bad thing I do and every good thing my opponent does, it’s going change people’s perception. To make it even worse, Rogan came on and said (the decision) was a complete robbery.”

Pendred will have his opportunity to prove that he is not a boring fighter or a thief when he takes on Augusto Montano at UFC 188 this weekend. The fight is set to cap off the UFC Fight Pass portion of the preliminaries.