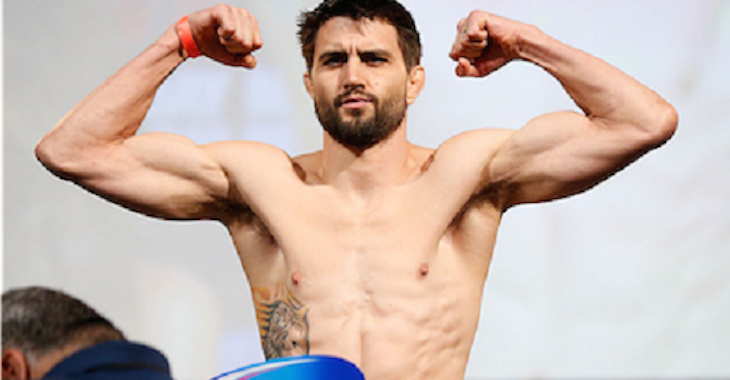 The potential fight, which “UFC Tonight’s” Ariel Helwani discussed as a possibility on Wednesday’s new episode, could find a spot on the UFC’s schedule in late May or early June.

Former UFC interim welterweight champion Carlos Condit has been out of action since March of 2014, this after he suffered a torn ACL and meniscus during his fight with Tyron Woodley at UFC 171. Prior to the setback, the “Natural Born Killer” defeated Martin Kampmann via fourth-round TKO at ‘UFC Fight Night 27’ in August of 2013.

Meanwhile, Thiago Alves was most recently seen in action at last month’s UFC 183 event in Las Vegas, where he scored a thrilling come from behind victory over rising star Jordan Mein. The victory marked “Pitbull’s” second in a row, as he had previously defeated Seth Baczynski at the UFC on FOX 11 event in 2014.

If this fight does come to fruition, who do you see winning? Sound off Penn Nation!