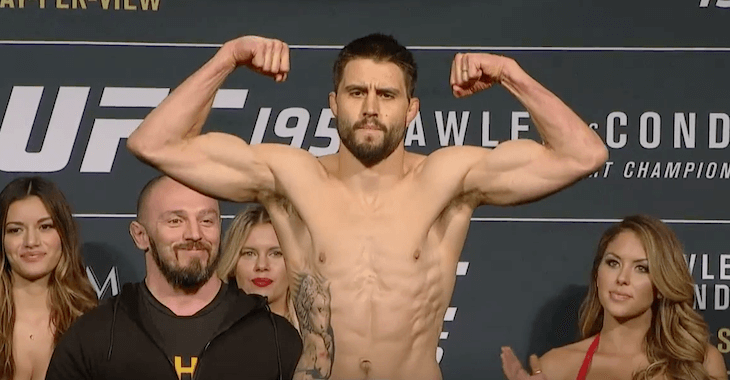 Going into UFC 195 there was much speculation as to Carlos Condit’s future in the UFC given «his lengthy and extensive professional MMA career.

In the main event of UFC 195 Condit and Lawler went to war for 5 rounds to a decision that ultimately saw Lawler retain the UFC welterweight championship, despite many scoring the bout in favor of Condit.

He spoke to UFC.com:

“I’ve been thinking about my future for a long time. Fighting is a tough sport where happy endings are few and far between, and I definitely want to leave the game before the game leaves me. Fighting is such a big part of who I am and the chance to get back in there with Robbie again is something I could get excited about. But if it’s time to explore a new path, then I’ll go into it with the same passion. It’s always been about the journey for me and I guess we’ll have to wait and see how things play out.”

Would you want to see a Lawler vs. Condit rematch? Let us know in the comments section below!