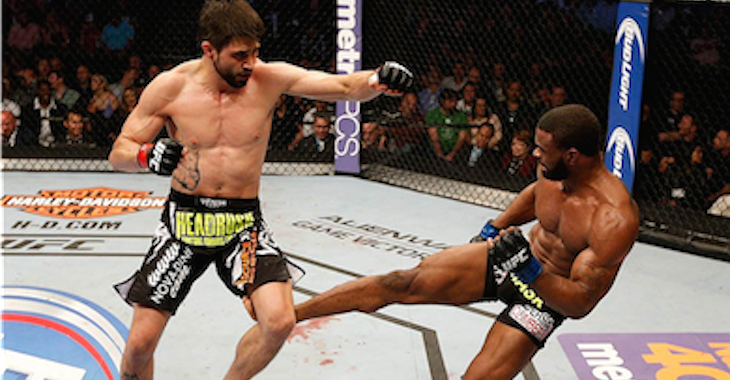 UFC welterweight Carlos Condit has been on the sidelines for the past year, rehabbing his injured ACL that tore during his last fight, against Tyron Woodley.

Condit is on his way back into the octagon, facing Thiago Alves at UFC Fight Night this Saturday, but looking back on his recent journey, he almost considers himself lucky. Check out what he said to FOX Sports.

“Honestly, I kind of felt in a weird way lucky because it was 12 years into my career that this happened. It could have happened a long time ago and really set me back. At least I’ve accomplished quite a bit in the sport before this happened and ultimately something like this is inevitable in a sport like MMA.”

Condit has done a lot in the sport already and I guess we will see if he can make another run at the title this weekend.