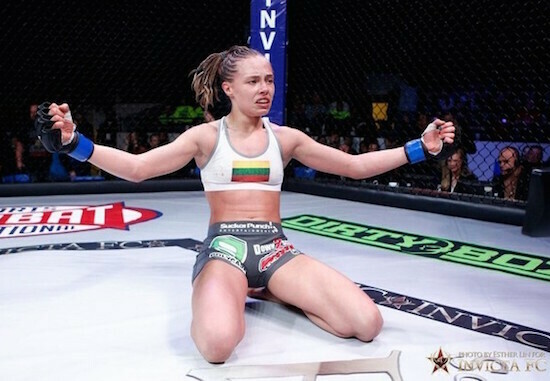 This Friday on FOX Sports 1, the UFC’s first ever female strawweight champion will be crowned.

Carla Esparza vs. Rose Namajunas will headline the TUF 20 Finale event, which takes place live from the Pearl at the Palms Casino, in Las Vegas.

Tonight’s show saw Rose and Carla earn their spots in the shows final matchup with victories in the final tape-delayed broadcast, on FOX Sports 1.

With the addition of the title fight main event, the full Ultimate Fighter Season 20 finale card looks as follows: