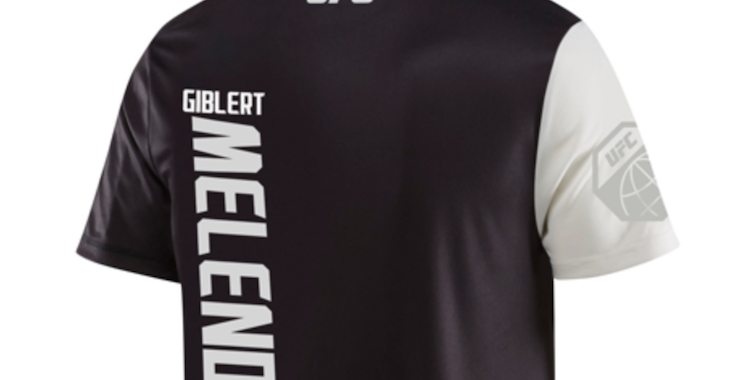 Looks like Reebok made a few major goofs when rolling out the new line of UFC ‘Fight Kits’.

Essentially you can now buy UFC fighter jerseys, which are replicas of the shirts that each fighter will be walking out in. The jersey will feature the fighters name on the back.

Make sure you guys get the ‘Giblert Melendez’ jersey. That is not a spelling error on my part! It appears that something got screwed up along the way and now several UFC fighter jerseys feature pretty massive spelling and name errors. Look, mistakes happen, but for such a major company to have these kind of mistakes on such a massive unveiling is pretty crazy.

Check out some of the ones identified so far: