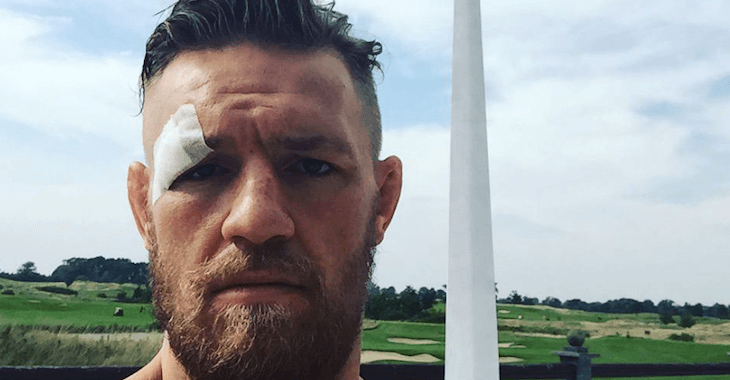 UFC’s interim featherweight champion Conor McGregor is finally back home in Ireland after traveling the world and training in Las Vegas.

After he was finished filming the new season of The Ultimate Fighter, the Irishmen finished up his media obligations then made his way back home.

He was greeted with a mob of fans upon is arrival, which you can see here:

Looks like just because he’s home he’s not going to stop trying to conquer the world, one golf course at a time.

McGregor took to social media and posted a picture of himself holding a giant sword and with a giant bandage on his face. The caption? Oh you know, just something about taking over the golf course next to his house, usual McGregor stuff.