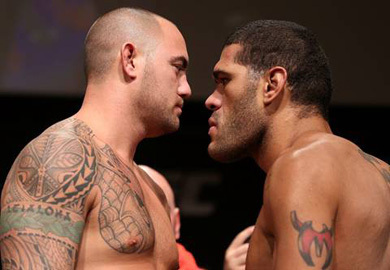 “Damn straight. He has a big bullseye on the back of his head, or on the front of it, it don’t matter. He’s the only man that can stand there and say that, you know, he beat me. I don’t know if he can even say that because really I beat myself. I want that fight back. Today’s really the first time I’ve been vocal about it and this is the first time I’ve really been in the media about it, but, I definitely want that fight back. Whoever I have to go through if it’s to fight him again or to somebody that beats him, hey I’m game… [If we fight 10 times] I whoop his ass.”