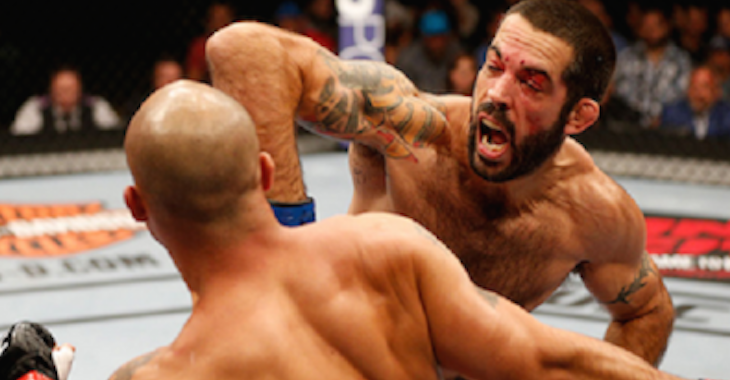 “I just take it one day at a time, man. I don’t put too much pressure on myself. Maybe I get a title shot with a win and maybe I don’t. I have to worry about Johny [Hendricks] first. He’s a super tough guy and one of the best in the world. The only thing I’m thinking about is being completely ready so that I can perform the best I can come fight night and maybe I beat him.

“I really don’t know what is going to happen in this fight. I never try to expect anything from any fight I’m going into because who knows what will happen? I’m going to go in there and push the fight as hard as I can, push myself as hard as I can and hopefully come out with the W.”

In a recent interview with The Bleacher Report, UFC 185 fighter Matt Brown discusses his upcoming UFC 185 scrap against Johny Hendricks.