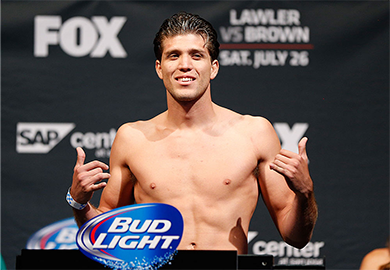 Ortega has subsequently been suspended from action for 9 months and fined $2500. “T-City” has the option to appeal the CSAC’s decision, but has yet to indicate if he will do so.

Ortega was thought to have extended his undefeated streak to 9-0 by tapping out De La Torre, but his record will remain at 8-0 due to the failed drug test.

Prior to his octagon debut at UFC on FOX 12, Ortega was coming off a featherweight title fight victory for RFA, where he defeated Keoni Koch, the older brother of the UFC’s Erik Koch.