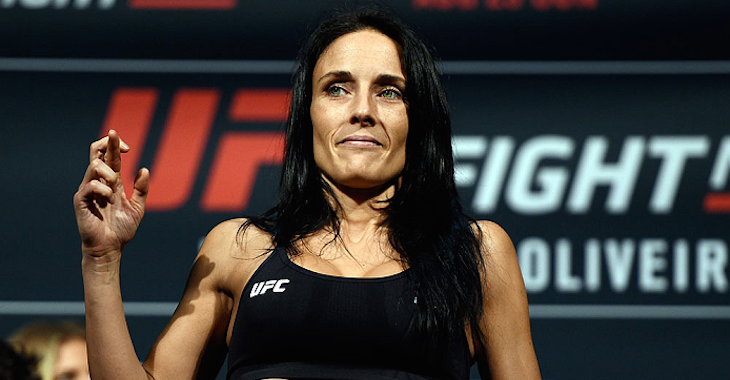 Valerie Letourneau has the odds stacked against her this weekend at “UFC 193”. All eyes will be on her and Joanna Jedrzejczyk when they clash in the co main-event for the UFC Women’s Strawweight Championship, and fans are making it clear who they think will walk out with their hands raised.

Based off statistics alone, casual viewers of the sport may think they Letourneau pairs well with the champion. She will be walking into the octagon with 4.69 strikes landed per minute which nearly identical to Jedrzejczyk’s 4.90. What people need to take into consideration, however, is the fact that the caliber of competition Letourneau has faced on the path to gold pales in comparison to Jedrzejczyk’s.

Special Thanks to FightMetric for the Statistics Provided in this Column

Letourneau has surely impressed in her three octagon appearances, but there is no doubt that the jump in competition from the women she has defeated to now-champion Jedrzejczyk is drastic.

In her UFC debut, Letourneau squeezed by with a split decision victory over Elizabeth Phillips. She followed that up with another win against Jessica Rakoczy at UFC 186 by way of unanimous decision. Letourneau’s most impressive victory to date came when she handed Maryna Moroz her first loss of her career in August of 2015. Phillips’, Rakoczy’s, and Moroz’s combined career records is 12-9 which is far from impressive. Six of those victories come from Moroz.

Letourneau may have done well against these three women, but Jedrzejczyk is on a completely different level.

Jedrzejczyk walked into the UFC with only six professional fights to her name. She dominated Julianna Lima, then started to turn heads when she squeezed by a split decision win over Claudia Gadelha. She became the killer she is known as today when she won the UFC Women’s Strawweight Championship from Carla Esparza in dominant fashion and followed it up with another major win over Jessica Penne. Gadelha’s, Esparza’s and Penne’s combined career record is 35-7!

Jedrzejczyk has clearly been fighting a higher caliber opponent and is on a different level than the people Letourneau has been facing. It’d be foolish to count Letourneau out from the start, but logic should tell even the riskiest gambler that betting on Letourneau to win is dangerous.

Never, ever count a fighter out. Every single athlete who steps into the octagon is there for a reason; They are among the best fighters in the world and any fighter can win at any given moment. However, there are two individuals you should NOT bet against in mixed martial arts right now and they are the champions of “UFC 193”.