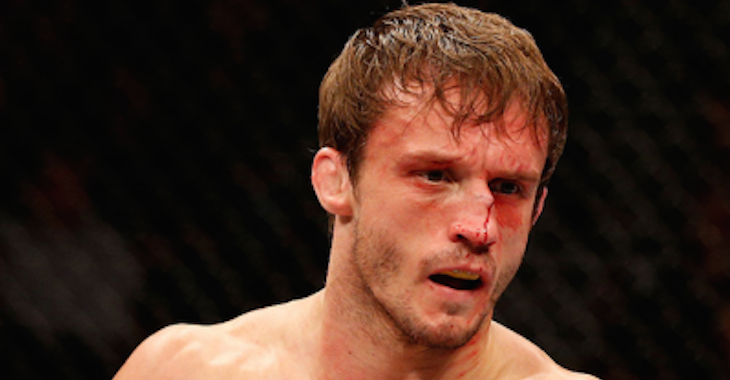 “At that weight class — no disrespect because some people do — but a lot of people don’t hit hard enough to finish people. You don’t see a lot of finishes at flyweight like you do with the heavyweight weights. It’s all about hitting and running, hitting and running. Hit and don’t get hit. It’s a point scoring system. How can you outpoint that guy in that round? For me, I just want to get involved in a fight. I don’t want to be chasing someone around the cage. Strike, then it’s ‘oh, come on.’ I’m getting peppered [while I’m chasing them], and not to sound disrespectful, but I never thought in a zillion years that any of them could knock me out with that little pit-pat.

“So that’s why I’d like to go back up a weight class and fight guys who would stand in front of me a little bit more and play my game. I don’t mind being the smaller guy this time. And like I said, the first opponent I got is Thomas Almeida, and he’s a guy who’s going to stand right in front of me, I’m not going to find it hard to hit him, and we’re going to throw down.”

That’s what UFC fighter Brad Pickett had to say to MMAFighting about his decision to move back up to bantamweight, after trying out the flyweight division. Think it was the right move?