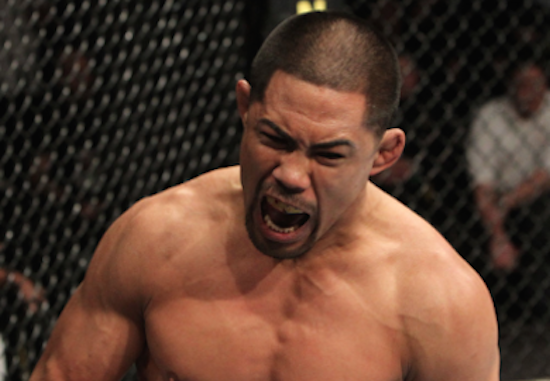 The UFC has been busy this week, as always, booking bouts for upcoming events.

Catch up with all of the latest matchmaking happenings with BJPENN.com’s Booking Roundup!

First up we have Derrick Lewis vs. Ruan Potts, which is set to go down at UFC 184 on February 28th at the Staples Center. Lewis is coming off his first loss under the UFC banner, which came at the hands of Matt Mitrione in September. Potts on the other hand is still looking for his first win under the UFC banner, going 0-2 in his first 2 Octagon appearances.

Also on UFC Fight Night 61 will be Rustam Khabilov vs. Adriano Martins. Khabilov is coming off a submission loss to Benson Henderson, the loss snapped a 6-fight win streak, and marked the first time Khabilov lost in the UFC. Martins on the other hand is coming off a quick KO win over Juan Puig at the TUF 19 finale this summer.

Also announced for UFC Fight Night 61 on February 22nd is Matt Dwyer vs. William Macario. Dwyer lost his promotional debut to Albert Tumenov via KO in just over a minute. Macario on the other hand is coming off a TKO loss to Neil Magny earlier this year, leaving him looking for a win over Dwyer.

As we have previously covered, Mark Munoz will also be facing Roan ‘Jucao’ Carniero. The bout will be Jucao’s return bout to the UFC after going 7-1 since being released by the promotion. Munoz on the other hand hasn’t been in the Octagon since losing via 1st round submission to Gegard Mousasi in May. Before that, Munoz lost via 1st round TKO to Lyoto Machida. The bout will go down at UFC 184 on February 28th.

This week the UFC also rebooked Ed Herman vs. Derek Brunson. The bout was originally scheduled to go down at UFC on FOX 13 earlier this month, but Brunson came down with food poisoning the day of the event. Following the cancellation, the pair engaged in a Twitter Beef. The bout will now go down at UFC 183 on January 31st. Brunson is coming off a win over Lorenz Larkin, while Herman is coming off a win over Rafael Natal.