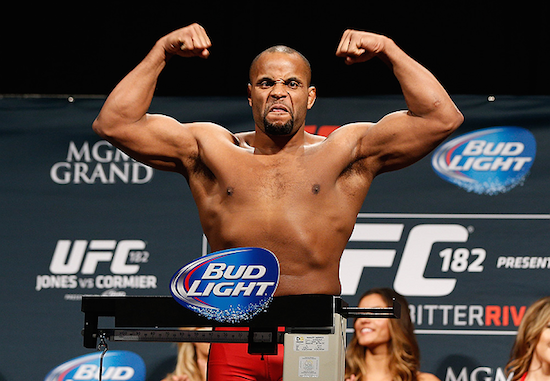 UFC 182: Jones vs. Cormier took place tonight from the MGM Grand Garden Arena in Las Vegas. In the main event Jon Jones retained his light-heavyweight title with a solid performance over a very game challenger in Daniel Cormier.

For their efforts, both Jon Jones and Daniel Cormier took home bonuses for their performance, as did Paul Felder, and Shawn Jordan.

Each of them took home an additional $50k for their fight night bonuses.