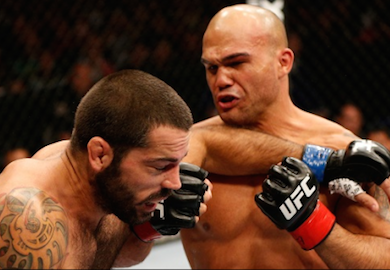 Tonight’s UFC on FOX 12 event delivered several entertaining fights, and four of the evening’s fighters go rewarded for their efforts.

Matt Brown and Robbie Lawler each earned $50,000.00 for their five-round main event. Anthony Johnson and Dennis Bermudez are the other two “Performance of the Night” recipients.

Johnson was able to finish ‘Lil Nog’ in just 44 seconds in the night’s co-main event, and Bermudez submitted Clay Guida in the second round of their fight. They too earned $50k.