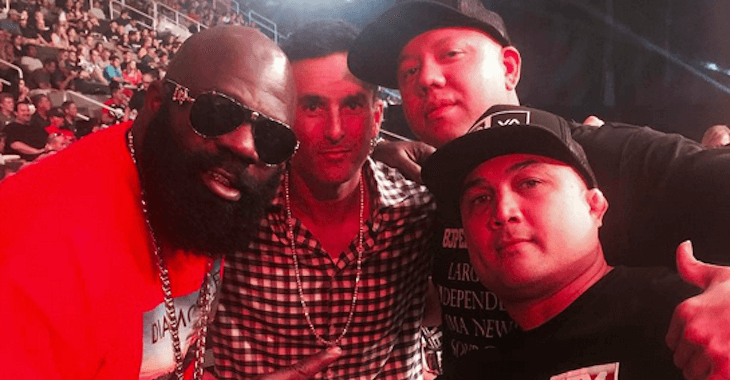 Bellator and GLORY put on one hell of a show with “DYNAMITE” on Saturday evening and the biggest names in mixed martial arts were there live to witness history! Everybody from former UFC heavyweight champion Cain Velasquez to UFC lightweight Gilbert Melendez were there live to check out the action.

Perhaps there was no better pairing for a picture than when UFC Hall of Famer BJ Penn and Bellator heavyweight Kimbo Slice chatted it up cageside! Check out Penn and his crew rocking the shirt— BJPENN.COM IS the world’s largest independent MMA news source after all!

What do you think the future holds for Bellator and Kimbo Slice? Would you be interested in seeing the brawler face Fedor Emelianenko at the New Year’s Eve card? Share your thoughts in the comment section below!