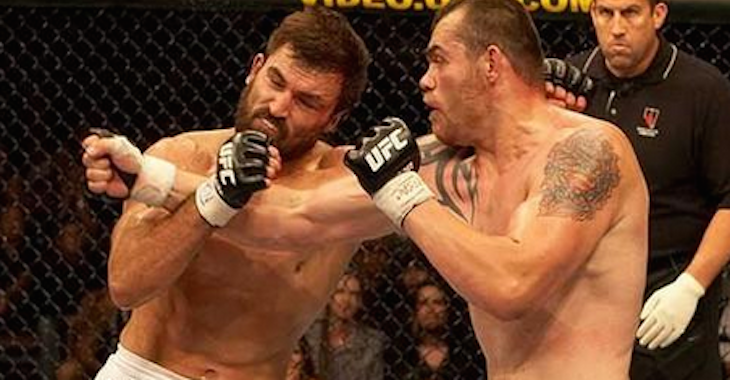 It isn’t often that two men face each other four times throughout their careers, but former UFC heavyweight champions Andrei Arlovski and Tim Sylvia had a rivalry that justified it.

Sylvia and Arlovski first squared off at UFC 51 when they clashed for the newly created UFC Interim Heavyweight Championship. Arlovski was able to put Sylvia away quick with a first minute submission. Sylvia would get his revenge, however, just over a year later at UFC 59. He was the first man to deal Arlovski a loss in four years and earned the heavyweight championship in the process.

Their rubber match, which most expected to be their final meeting, took place just two months later at UFC 61. Unlike their previous fights, the judges’ scorecards was the deciding factor. Sylvia’s hand would be raised in victory once again, but their saga was far from over.

Six years later in ONE Fighting Championship, Sylvia and Arlovski met in a heavyweight battle. Sylvia landed an illegal blow on a downed Arlovski, forcing the referee to wave off the fight. Now at “UFC on FOX 16”, the two reunite and settle their differences! Check out the picture from Tim Sylvia below:

Ran into a old friend at the @UFCONFOX pic.twitter.com/k7xHGWJTqX