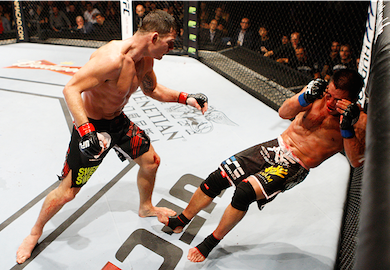 “Fortunately, I won the fight. If I lost, I would be outraged and would have more to say. I don’t want to kick a man while he’s down. He has to explain this to his kids. Hopefully, this will be a lesson for him and everyone: this is not a road one should take. In some ways, I feel bad for him and he has to pay the consequences. He tried to cheat me out of a victory. If I would have lost to him, I wouldn’t be fighting Luke Rockhold in the main event, people would probably be asking me to retire … He tried to cheat me out of a lot.”