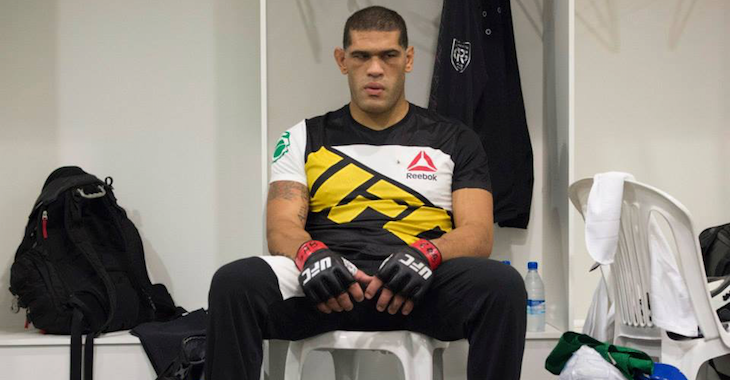 “I’m flattered to fight at such a big stadium. It’s my first time, I don’t know how I will feel. I think it’ll be wonderful. Of course I never had a crowd that big before, but usually when there are 20 thousand people in the crowd, 16 thousand are against me. I have been fighting for 11 years and I only had three fights where the crowd was by my side. I’m used to it. I’ll forget that there will be about 50 or 70 thousand people there and I will focus on Hunt. After the fight, I will watch it and I’ll say ‘That’s cool’, but I won’t let my emotions get to me during the fight.”

UFC heavyweight ‘Bigfoot’ Silva is ‘flattered’ that he will get to fight Mark Hunt, for the second time, in a massive stadium, he told Combate.

The two will meet at UFC 193 at the Etihad Stadium, in Melbourne, Australia, on November 14. It’s a rematch of one of the greatest heavyweight fights in the history of MMA.

Who do you think will come away the winner? Or will the fight end up being a draw, again?