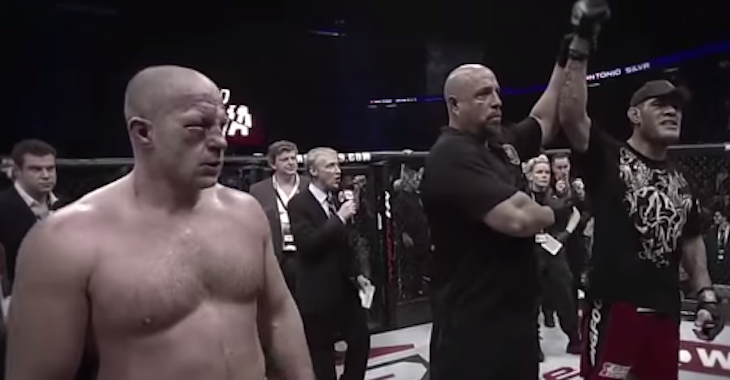 Fedor Emelianenko is once again the hottest free agent in mixed martial arts. Whether he will head to Bellator or UFC remains to be seen, but heavyweights around the world are lining up for a shot at one of the greatest of all time.

Antonio ‘Bigfoot’ Silva’s stock rose tenfold in 2011 when he defeated Emelianenko by way of technical knockout. He never truly capitalized on the momentum he gained from the performance, but he wants to recapture glory with another win over “The Emperor”.

“This is great news,” Silva told Sportbox.ru. “I never hid the fact that I am a big fan of your legendary fighter. Fedor is certainly a great athlete and a person worthy of respect. His return is a great moment, as he is a real legend… “If Fedor would sign a contract with the UFC, I do not see any problems [with a rematch].”

“Bigfoot” has not won a fight since his 2013 knockout win over Alistair Overeem. Do you think “Bigfoot” would deserve a match of this caliber, or should he be facing someone else in the Top 15? Share your thoughts in the comment section below!