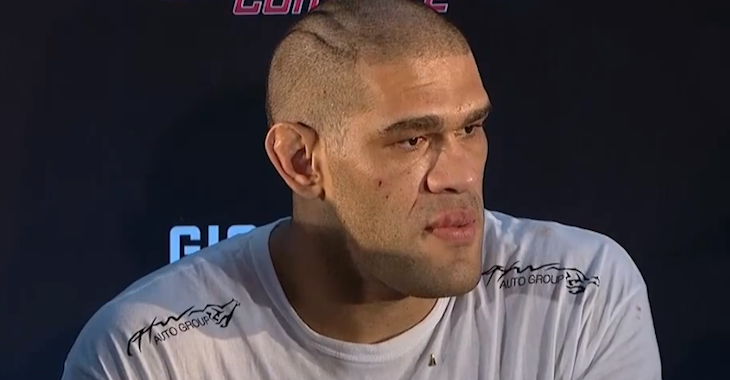 “A lot of people told me that was a good thing and I thought it was stupid or for sissies. But when a close friend of mine told me about it, I got curious. I talked to the therapist once, I liked her, so I started doing it. She touched all the subjects I needed. She pressed my button and I feel really good now, lighter.”

UFC heavyweight ‘Bigfoot’ Silva credits therapy with a new found ‘lightness’. He told Brazilian media outlet Combate that at first he thought it was just for ‘sissies’ but admits that he now has a different outlook.
BJ Penn, Matt Hughes, & Frank Trigg Talk Fighting… Eachother — EPIC! – AMAZING! – MUST WATCH!