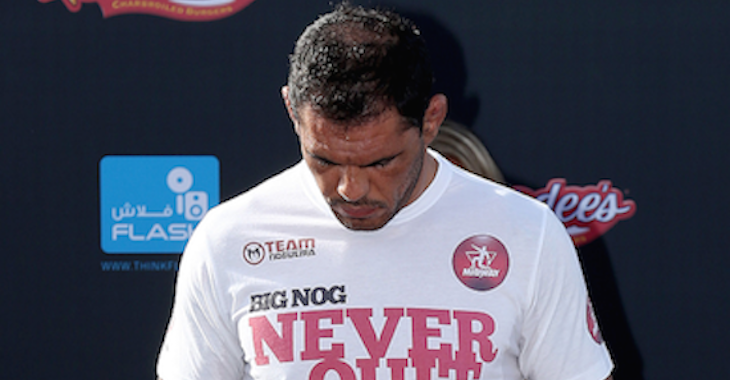 Fresh from a stint coaching The Ultimate Fighter Brazil 4, heavyweight legend Antonio Rodrigo “Minotauro” Nogueira will get back to his day job in his home country of Brazil on August 1, as he faces off with 15th-ranked Stefan Struve in a UFC 190 bout at HSBC Arena in Rio de Janeiro.

UFC 190 is headlined by the UFC women’s bantamweight title fight between Ronday Rousey and Bethe Correia and also features the highly-anticipated rematch between Mauricio “Shogun” Rua and Rogerio Nogueira.

Plagued by injuries in recent years, the 38-year-old Nogueira now has a clean bill of health, and in his first fight since an April 2014 loss to Roy Nelson, he’s eager to get back in the win column once more against the Netherlands’ Struve, who has won four of his last six bouts.