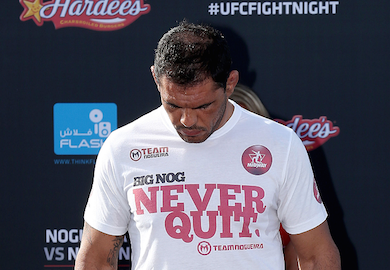 Coming off his most recent loss to Roy Nelson (Replay), many, including UFC President Dana White, wanted to see ‘Big Nog’ retire as a fighter.

However, in a recent statement to MMAFighting, retirement is not on his mind.

Nogueira also stated that he didn’t mind Dana White’s call for retirement. That in his eyes the UFC boss is merely looking after his image.