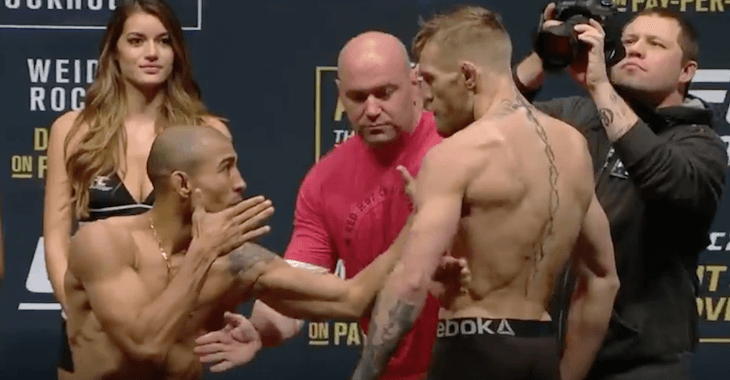 Although a rematch has not been made official between UFC featherweight champion Conor McGregor and former champion Jose Aldo, betting odds have already opened up for their potential rematch.

McGregor has opened up as a slight favorite over Aldo in a rematch that is dated for December 31, 2016.

Will we see a rematch between the two featherweights that will last more than 13 seconds? Let’s hear your thoughts on if you would like to see more action between McGregor and Aldo and who you would place your bets on based on the rematch odds!