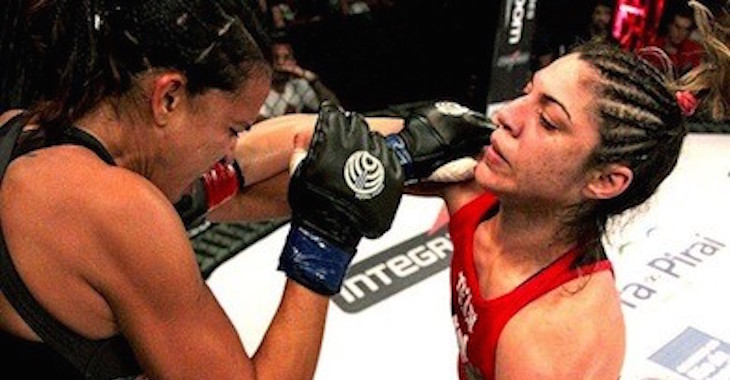 Bethe Correia seems to be taking classes from Conor McGregor because man she has not stopped talking.

Correia appeared on The MMA Hour and blasted the UFC bantamweight champion Ronda Rousey, saying that she is not the real champion and all she does is Judo.

“Ronda, you’re no superhero. You’re a farce and I will prove it on August 1. I will give you the worst beating of your life and you will cry from the pain. You are not the champion, I am. I want to see your MMA. I challenge you. You only win using judo. I’ll beat you in front of the whole world.”

“I have no doubts I’ll win and it’ll be a knockout. I don’t see how I can lose, I don’t work like that. I wouldn’t mind finishing her by submission, maybe a guillotine. But a head kick would be wonderful, or with my hands. I want to make her feel what she never felt before.”

“If I win, I’ll dance zumba or hula-hula or whatever. It would be my life’s accomplishment. I’m already rehearsing some moves for my celebration because I know the victory will come.”