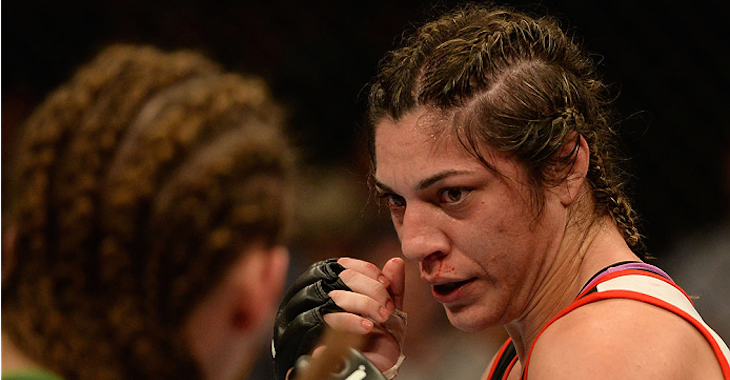 Bethe Correia isn’t going to wait for Sean Shelby or Joe Silva to call her for her next fight as she has taken the role of matchmaker upon herself!

After just three wins in the UFC, “Pitbull” Correia earned herself a shot at UFC Women’s Bantamweight Champion Ronda Rousey. In the months leading up to the fight, Correia made things personal with Rousey and brought the trash talk to a new level. Nearly one million fans tuned in to see Correia face Rousey, and all they got was thirty four seconds of action. Despite the quick loss, Correia is back at it with the trash talking. If it ain’t broke, don’t fix it.

Correia recently called out Tate on social media and Sara Kaufman threw her name in the mix as her next challenger! “Pitbull” isn’t shying away from anyone and they got in some serious Twitter beef! Check it out below:

Found a Brazilian stand-in to practice my @bethecorreia faceoff with. Got me super pumped for our fight! https://t.co/XYHSlToHxE