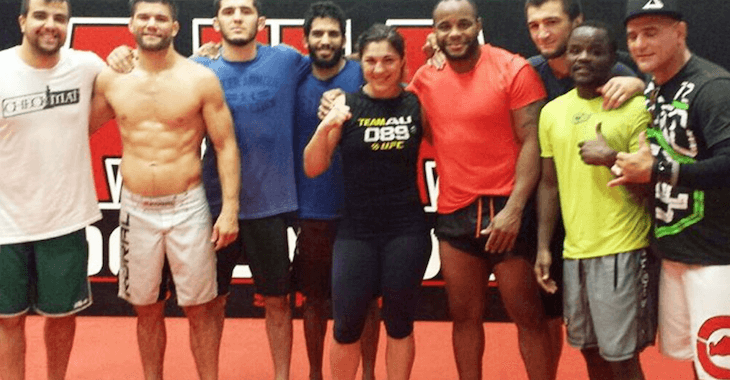 UFC bantamweight and recent title challenger, Bethe Correia, has decided she needs to step things up if she’s ever going to get back to the title, and possibly win it.

Correia fought Ronda Rousey at UFC 190, in her home country of Brazil. The fight only lasted 34 seconds, then Correia found herself face first on the canvas.

Before that fight with Rousey, Correia was unbeaten. Well now she feels like she needs to do something different to take her game to the next level. That change? Go train at American Kickboxing Academy.

Correia left Brazil, came to the States and is now training with UFC light heavyweight champion Daniel Cormier and the rest of AKA.

Here’s the first image of Correia at AKA!

Do you think training at AKA will up Correia’s game?