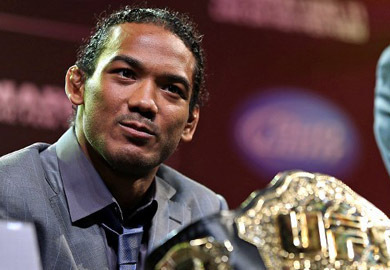 “The list of guys is so long really. I heard a little bit of talk about these guys thinking I was going to lose, and Nate was better than me. You’re entitled to your opinion, you can think whatever you want to think. But if you want the 155lb belt in the next three years, you’re going to have to get it from me. I’m not going nowhere. You want to win that belt? You’re not going to win it from somebody else, you’re going to have to win it from me. I’m not going nowhere.”