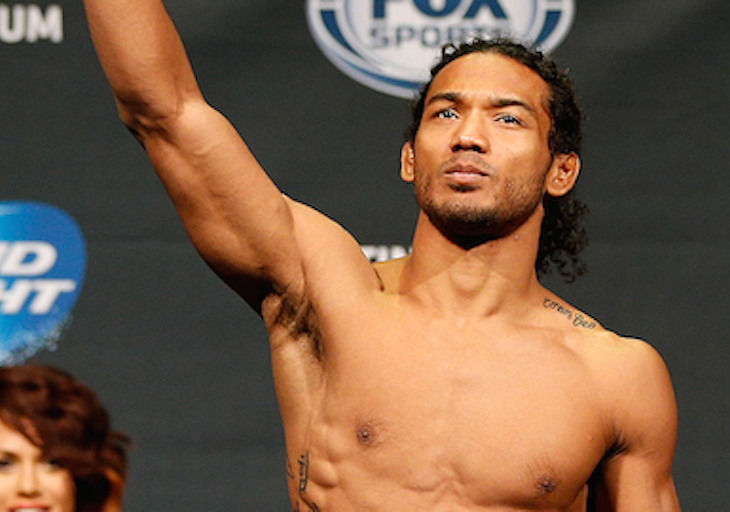 Former lightweight champion Benson Henderson is coming off a KO loss to Rafael Dos Anjos back in August, and is looking to get back in the win column Sunday January 18th at UFC Fight Night Boston when he faces late-replacement opponent Donald Cerrone.

“I like ’55; I think ’55’s my weight class. If there were some good, intriguing, nice matchups at ’70, like talking about getting a title shot immediately, or ‘If you beat this guy, you get a title shot,’ I would be open to that.”

“It does get a little bit harder and harder to make weight the older I get. Getting down to ’55 is definitely not a fun process. It takes a toll on your body. All that being said, we’ll see.”

What do you think of Henderson moving to 170? Sound off below!