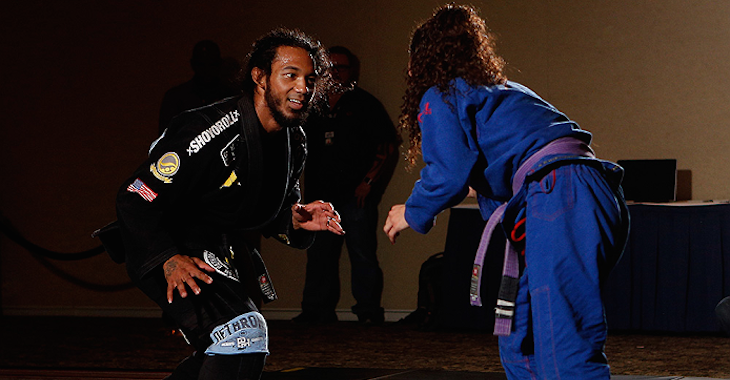 Former lightweight champion Ben Henderson represented the UFC at the Abu Dhabi Combat Club on Saturday and came up short in his first match and only of the day. “Bendo” got submitted by Abdukadirov Magomed. Magomed took the back of Henderson who shortly tapped out after getting trapped in a rear naked choke attempt. Henderson shared his thoughts on his performance:

Henderson plans to enter the openweight competition as well as a way to redeem himself for what he felt was a weak performance.

Henderson is expected to make his return to the octagon in November when he goes toe-to-toe with Thiago Alves at UFC Fight Night 79.