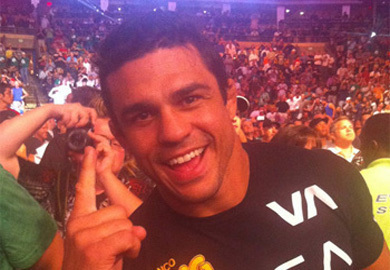 “Anderson vs. GSP is meaningless. It would make sense if Anderson fought Jon Jones. Anderson is a fighter at another level. I’m not underestimating Jones but appraising Anderson. He’s one of the best that has existed, I always thought it.”

“It is very nice to see his success. I know what he has gone through. Anderson is in a very high level and should defend his belt or fight for the light heavyweight title. I think he has a greater possibility to beat Jones. He would win on the feet.”